Use Three Little Words to Reduce Your Anxiety 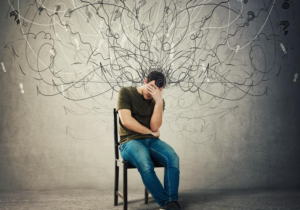 In my Public Speaking workshops I train people how to overcome their innate fear of speaking publicly.   I came across this Harvard study which backs up some of what I teach.  Hope you find it helpful.

Use Three Little Words to Reduce Your Anxiety by Dr. Mercola

When you’re feeling anxious, do you ever tell yourself to calm down and relax? It seems as though this would be a useful strategy, but if you’ve tried you probably know that it’s not that effective.

When you’re faced with an anxiety-inducing situation, say giving a public speech, your heart is likely pounding and levels of the stress-hormone cortisol rise. In short, you’re in a hyped-up state of arousal, and simply telling yourself to relax may be too big of a leap for your body and mind to make.

Three Words to Squelch Anxiety: ‘I Am Excited’

Excitement isn’t too far off from anxiety. The difference is excitement is generally a positive emotion while anxiety is negative. But in terms of the physical changes in your body, excitement and anxiety are difficult to distinguish.

And so, when you’re anxious, it’s not a stretch for your body to channel those negative feelings into positive ones of excitement instead. This isn’t just hearsay, either.

Brooks conducted a series of experiments in 2014 to evaluate reappraising anxiety as excitement. She wrote in the Journal of Experimental Psychology:1

“Compared with those who attempt to calm down, individuals who reappraise their anxious arousal as excitement feel more excited and perform better.

Individuals can reappraise anxiety as excitement using minimal strategies such as self-talk (e.g., saying “I am excited” out loud) or simple messages (e.g., “get excited”), which lead them to feel more excited, adopt an opportunity mind-set (as opposed to a threat mind-set), and improve their subsequent performance.”

Brooks experiments challenged people to engage in three anxiety-inducing scenarios: giving a public speech, solving a difficult math problem and singing karaoke. The participants were able to change the outcomes of their performance just by altering their self-talk or mindset. Results were as follows:2

Participants prepared a persuasive public speech and were told it would be recorded and judged by a committee. Before giving the speech, the participants said either “I am excited” or “I am calm.”

Those who said they were excited gave longer speeches and were more persuasive, competent and relaxed.

Participants read either “try to get excited” or “try to remain calm” then were given math problems to solve. Those in the excited group scored 8 percent higher on average than the calm group or a control group that read neither statement.

Similarly, in 2010 a study found that reappraising feelings of anxiety into a positive (the participants were told it would improve performance) improved their scores on the math section of the GRE standardized test.3

Participants said they were anxious, calm, angry or sad before singing Journey’s “Don’t Stop Believin’” in front of the group. The American Psychological Association reported:4

“Participants who said they were excited scored an average of 80 percent on the song based on their pitch, rhythm and volume as measured by the video game’s rating system.

Brooks noted that when you’re anxious it causes you to ruminate and focus on negativity, including potential threats.

By refocusing your mind on a positive outcome by saying you’re excited, it leads to real benefits. “Even if they don’t believe it at first, saying ‘I’m excited’ out loud increases authentic feelings of excitement,” she said.5

Chronic Anxiety Tends to Be an Internal Process

While external factors, like public speaking, can certainly cause you to feel anxious, chronic anxiety tends to be more of an internal process, and it may actually change your brain.

If you grow up in an environment with frequent yelling or abuse, for instance, your brain may become “wired” for anxiety, such that any potentially undesirable event or emotion becomes cause for alarm.6

Some people are so used to feelings of anxiety that they don’t realize there’s a problem and simply suffer in silence. As anxious feelings intensify, it can lead to social isolation, physical symptoms and related mental health problems, like depression.

Anxiety is very common. Forty million Americans, or 18 percent of the population, struggle with anxiety disorders, which are, collectively, the most common mental illness in the U.S.7

Anxiety involves the same “fight or flight” response that stress does, which means it ramps up your heart rate, circulation and reflexes so you’re prepared to fight off (or escape) a potential threat.

Anxiety is a normal response to stress, but in some people the anxiety becomes overwhelming and difficult to cope with, to the point that it affects their day-to-day living. The brain is also actively involved. The National Institute of Mental Health explained:8

“Several parts of the brain are key actors in the production of fear and anxiety … scientists have discovered that the amygdala and the hippocampus play significant roles in most anxiety disorders.

The amygdala is an almond-shaped structure deep in the brain that is believed to be a communications hub between the parts of the brain that process incoming sensory signals and the parts that interpret these signals.

It can alert the rest of the brain that a threat is present and trigger a fear or anxiety response. The emotional memories stored in the central part of the amygdala may play a role in anxiety disorders involving very distinct fears, such as fears of dogs, spiders, or flying.

The hippocampus is the part of the brain that encodes threatening events into memories.”

EFT Is a Powerful Tool for Anxiety Relief

The featured experiments show how powerful your mind can be in relieving anxious feelings.

If you struggle with anxiety, you may want to look into energy psychology techniques such as the Emotional Freedom Technique (EFT), which involves stimulating different energy meridian points in your body by tapping them with your fingertips while simultaneously using custom-made verbal affirmations.

It is particularly powerful for treating stress and anxiety because it specifically targets your amygdala and hippocampus, which are the parts of your brain that help you decide whether or not something is a threat.9 EFT has also been shown to lower cortisol levels, which are elevated when you’re stressed or anxious.10

In the following video, EFT therapist Julie Schiffman discusses EFT for panic attacks and anxiety relief. Please keep in mind that while anyone can learn to do EFT at home, self-treatment for serious issues like persistent anxiety is not recommended.

For serious or complex issues you need someone to guide you through the process, as it typically takes years of training to develop the skill to tap on and relieve deep-seated issues like anxiety. That said, the more you tap, the more skilled you’ll become.

It’s estimated that only one-third of people with anxiety disorders receive treatment11 but many who do resort to drugs. Prescriptions for benzodiazepine anxiety drugs including Valium, Ativan and Xanax tripled from 1996 to 2013.

The rate of overdose deaths increased more than 500 percent during the same time period.12 However, “treatment” does not have to equal “drugs.” You have nothing to lose, and everything to gain, by applying lifestyle modifications before trying medication. You may be surprised by how much such changes lessen anxiety naturally. If you often feel anxious or have panic attacks I strongly recommend the following:

In addition to the creation of new neurons, including those that release the calming neurotransmitter GABA, exercise boosts levels of potent brain chemicals like serotonin, dopamine, and norepinephrine, which may help buffer some of the effects of stress. Many avid exercisers also feel a sense of euphoria after a workout, sometimes known as the “runner’s high.”

It can be quite addictive, in a good way, once you experience just how good it feels to get your heart rate up and your body moving.

Your gut and brain work in tandem, each influencing the other. This is why your intestinal health can have such a profound influence on your mental health and vice versa. It’s also the reason why your diet is so closely linked to your mental health.

Prior research has shown that the probiotic Lactobacillus rhamnosus had a marked effect on GABA levels in certain brain regions and lowered the stress-induced hormone corticosterone, resulting in reduced anxiety- and depression-related behavior.13 The probiotic known as Bifidobacterium longum NCC3001 has also been shown to normalize anxiety-like behavior in mice with infectious colitis.14

So optimizing your gut flora with beneficial bacteria is a highly useful strategy. This is done by eliminating sugars and processed foods and eating plenty of non-starchy vegetables, avoiding processed vegetable oils, and using healthy fats. Additionally, eating plenty of fermented vegetables or taking a high-potency probiotic would be useful to reestablish healthy gut flora.

Your diet should include a high-quality source of animal-based omega-3 fats, like anchovies, sardines, wild-caught Alaskan salmon or krill oil. The omega-3 fats EPA and DHA play an important role in your emotional well-being, and research has shown a dramatic 20 percent reduction in anxiety among medical students taking omega-3s.15